As I stated in my Women’s Entrepreneurship Week post, March is International Women’s Month and I am excited to share with you women (and men) that inspire and empower me.

Tonight I had the privilege to attend a gathering with friends, where the independent candidate for the Wisconsin Supreme Court Judge Lisa Neubauer speak.

Now if you refer back to my 2019 Intentions, one of the 5 intentions I made for 2019 is to get more involved in my community and that includes local and state elections. I am making an honest effort to get informed and educated on the issues that affect me as a resident and citizen in Wisconsin. Now even though I don’t identify as a Democrat,  I do support progressive social values and I embrace the opportunity to learn from others.

Walking into this gathering I really didn’t know what to expect, this was really my first political meeting up close and personal with a candidate but I left being very inspired by Judge Neubauer. 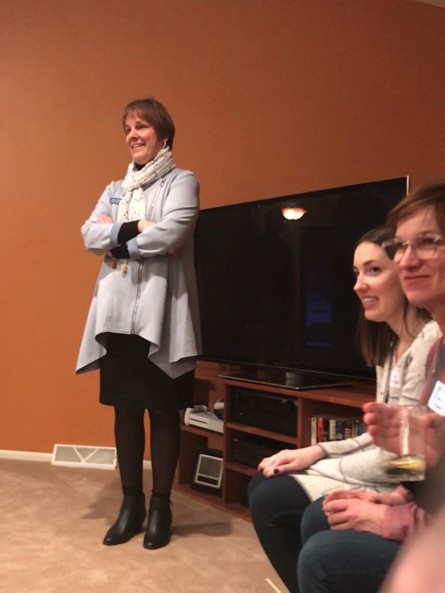 I learned about her career as a Wisconsin litigation attorney before becoming a judge.

I learned about her values and family.

And tonight I learned a woman’s true passion, being sparked by an unfortunate event that occurred on a Chicago sidewalk at just 21 years old.

I encourage everyone to open their mind up and put themselves in new situations.

I encourage you to ask questions and be curious.

I encourage you to get informed and learn about your local politicians.

I encourage you to get out and VOTE on April 2nd.